The week started with everyone carefully studying the weather. Should we, or shouldn’t we? California hasn’t received much rain all year, but with a 90% chance of rain in Berkeley on Saturday, we weren’t sure if we could pull this off considering it could turn out to be a very wet, muddy day. The Berkeley Project Team and the Garden Committee unanimously decided that we would collectively seize the opportunity of at least trying. It was a good decision that paid off in the end.

The morning of was iffy at best. It was pouring rain right up to the scheduled time of kickoff. We got the call from the BPT that the troops were ready early, and our caravan of cars and SUV’s ascended the hill to pick up the eager students.

After a quick history of the Garden from Gordon Piper, the founding father of the Gateway Garden Park, and weed pulling guidelines and trash input from Carolyn Burgess and Mary Alice Rathbun, we then headed down the hill where Celine Gyger had the tools and materials organized and zones marked off to efficiency control the massive project. The sky had miraculously cleared, and everyone got to the task at hand. The gang of energetic students began their work. The objective was to help eradicate the expanding grasses and weeds that have quickly taken over the garden.

The day was a huge success with 34 volunteers from the Berkeley Project, 7 members from the NHCA, and a couple of outside recruits from the Hiller neighborhood. Everyone’s hard work resulted in 50 bags of non-invited grasses and weeds!

An excellent inaugural event for the new garden members. Our sincere thanks for the participation, coordination and diligent work of Gordon Piper, Celine Gyger, Carolyn Burgess, Mary Alice Rathbun, Nancy Mueller, and of course the entire Berkeley Project Team. We witnessed what teamwork at its best can accomplish! 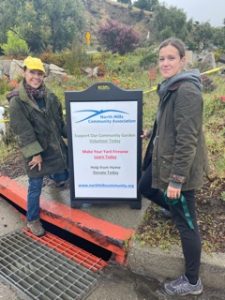 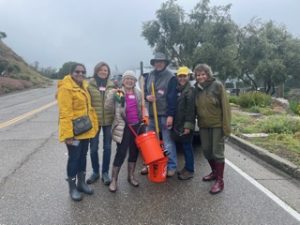 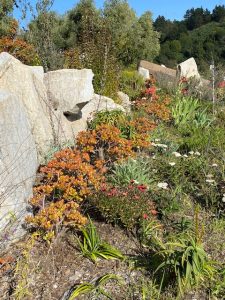 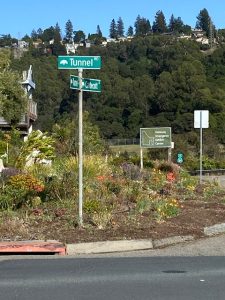 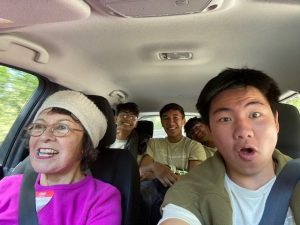 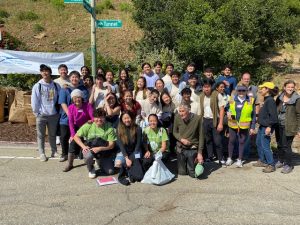